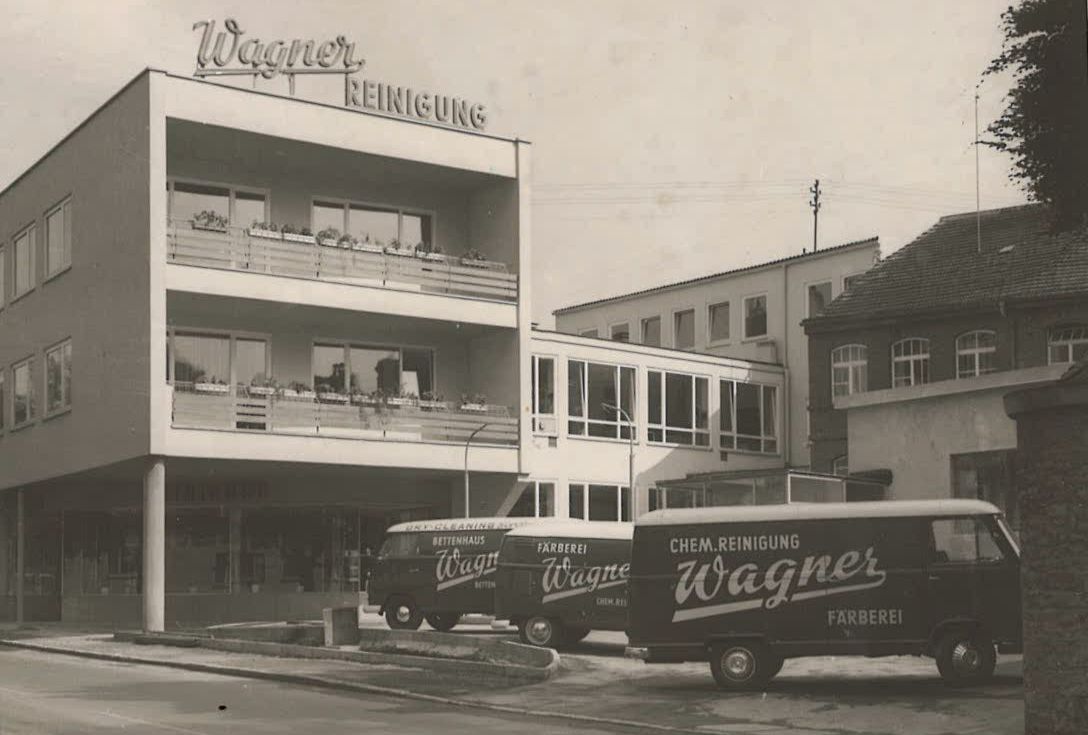 Wagner Reinigung was established in 1841 in Kitzingen, Germany. Frank’s great grandfather completed his apprenticeship right out of school and worked many years in different fabric dying manufacturers before starting his own business in 1841. It was a small fabric dying trade’s business for many years, and he worked mostly on his own. In 1895 he built an industrial style building to accommodate the growing demand for his business, which he operated for 54 years.

After World War I (1914-1918) people were poor and used home-made fabrics – mostly linen, which ‘Wagner’s’ would then dye according to their new use and applications. People farmed sheep to supply wool and then used that wool to barter for manufactured yarns and finished wool garments. Back then, this was a very busy time for the Wagner’s family business.

Frank’s great grandfather was also one of the first people to offer ‘DRY CLEANING’ services. At the time, dry cleaning was done in a machine and gasoline was used as a solvent, the machine was operated by hand and many of the wealthier clients enjoyed this service very much.

By 1936, Frank’s grandfather, Johann Valentin Wagner & his wife were the third generation operating Wagner’s Reinigung. Frank’s grandfather offered an apprenticeship for a young tradesman, as well as introduced a specialized feather bed cleaning machine. Keep in mind, back then, the feathers were taken out of the fabric cover, cleaned, dried and sorted (bad feathers replaced with new feathers), essentially giving you a NEW quilt once the work was complete. 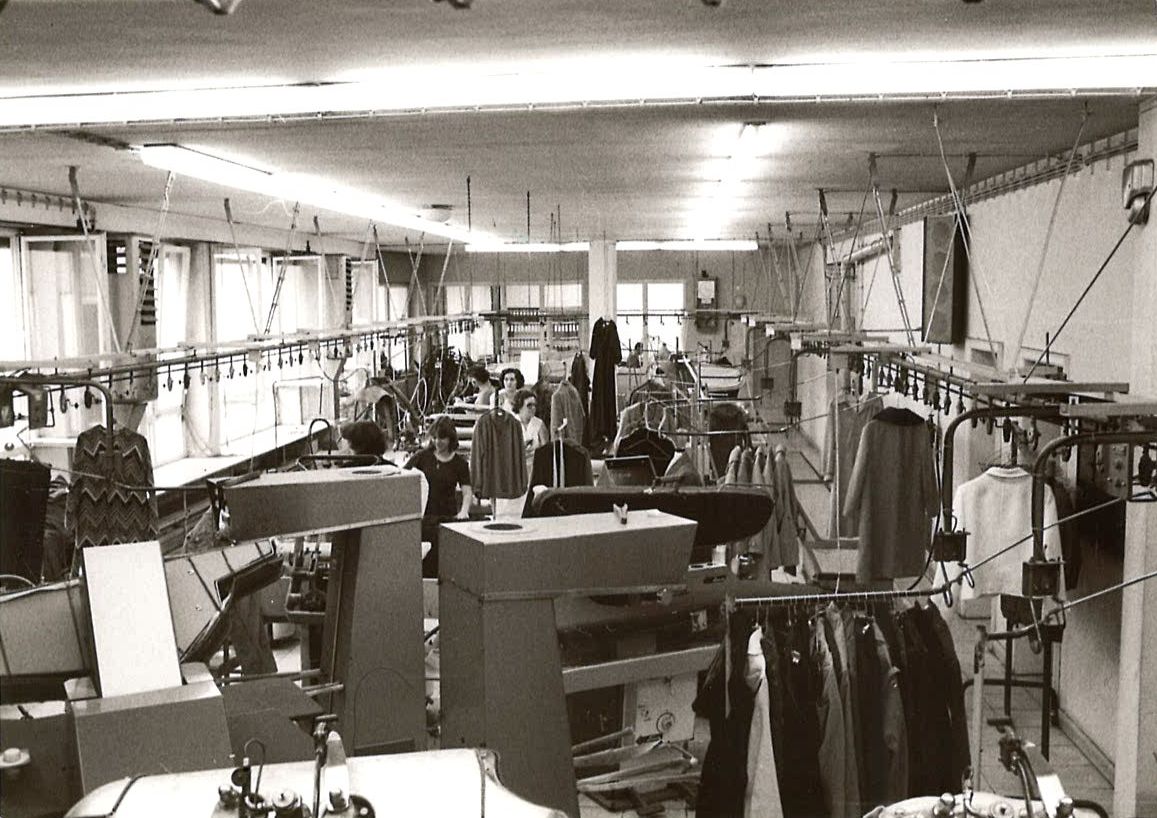 In 1939, World War II had started and Frank’s grandfather was called away for duty. Tough times came along and the business stopped operating. The war was a horrible time for everyone; luckily the Wagner family got away unharmed, that is, until February 23, 1945. That was the day an air raid happened in Kitzingen, destroying the building that contained the family business and killing several family members.

Back then Frank’s father, Hans-Karl Wagner (who was 5 years old at the time) and Frank’s grandmother were lucky enough to flee the building before it collapsed. Johann Wagner was still far away on the front line; however, at that time, he was in the hospital and unaware of what had happened at home. A few weeks later Johann was released from the army and able to go home to look after his family

Luckily, the machines were repairable, but with the Americans occupational presence in the area, the equipment was initially seized. After many long conversations, the Wagner’s family was allowed to rebuild the equipment and began operating three months later in a make shift building

In 1948 the currency reform opened up and provided the opportunity to get the original property back and rebuild the business, which is exactly what Johann did, even extending the production floor to handle the growing demand for the business. In 1949, after the completion of the new building, Wagners employed 50 full time staff.

1963 the family business was taken over by Frank’s father, Hans-Karl Wagner. Hans-Karl completed his education in studying Textile Engineer and put all of his efforts into modernizing and bringing the business up to date. In 1974 he married Frank’s mother, Elisabeth – who then joined the family business. Johann Wagner fell ill and passed away in 1983 at the age of 80.

Hans- Karl and Elisabeth looked after the business, along with Frank’s grandmother, who was still managing the feather cleaning business. This continued for many years until once again, fate struck the Wagner’s family and Hans-Karl was diagnosed with a terminal illness and passed away in 1989.

Back then, Frank was just 14 years old and still in school, Elisabeth had to make the decision to put all of her efforts into keeping the company running. She completed her Master’s degree of drycleaner and launderer, and was able to continue the now, over 150 year old family business going. In 1993 Frank’s aunt and grandmother decided to exit the business, and due to the ownership of shares, their exit resulted in the closing of the business and the sale of all assets, including the building.

In 1995 Elisabeth decided to move away from Germany and relocated in Tsawwassen, British Columbia, Canada. Elisabeth moved with the intent to build a new future for the family (her partner, Frank and his 2 younger brothers). Since dry cleaning was a business she was greatly educated in, Elisabeth purchased Check – Mate drycleaners in Tsawwassen, renaming it Wagner’s European Fabricare in 2000 and provided exceptional service to the community.

In 1997 Frank and his now wife, decided to follow his family and also moved to Tsawwassen as well. There they purchased a small drycleaners in Richmond, known at the time as Minato Village Cleaners.

Between both of the locations Frank & Elisabeth acquired many commercial clients, and quickly their volume outgrew their mall locations. In 2000, they decided to venture out to Delta’s Industrial area Tilbury Park. In a 1600 sq. ft. warehouse, they built a dry-cleaning plant from scratch, as business continued to grow, the Tilbury location is now 14000 sq. ft.

Most of Wagner’s clients are of a commercial nature; however we welcome all retail clients as well.

The Tsawwassen location moved from its original location in April of 2019, after the lease at the original location had expired, and found a new home just a few minutes down the road. Wagner’s was able to find a new location with lots of parking and easy access to help better service all of our valuable clients.

This year, 2020 Wagner’s celebrates its 179th year of textile cleaning and looks forward to be of continued service to all our clients both near and far! 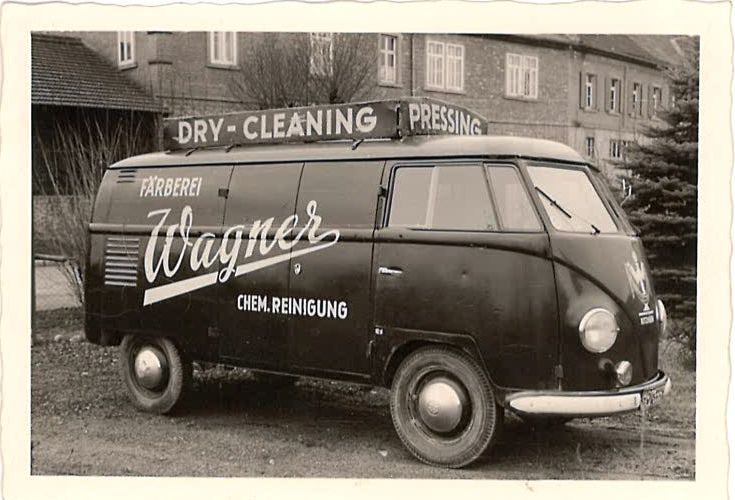